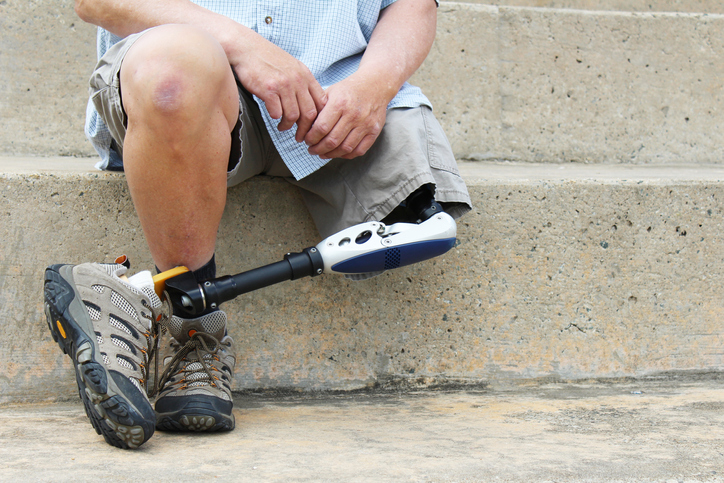 If you lost one or more limbs after having be involved in a car wreck in Nashville, you may be entitled to a significant amount of compensation for the damages you suffered. This compensation will not only help you afford the medical care and therapy and you are going to need, but it can also cover things like prosthetic limbs which can be extremely costly.

How much is generally awarded for an amputation?

Until you have a skilled car wreck attorney in TN assess your case, it can be difficult to place a value on one that involves an amputation. There are many factors that must be considered before we can determine how much you should receive. Some things we consider when working toward deriving at an amount to seek in damages, we will look at:

There are plenty of other factors that must be considered as well when determining how much you are entitled to recover from the at-fault party and that is something to be discussed upon meeting with Nashville, TN car wreck lawyer George R. Fusner Jr. Although it can take time to value your case, we do encourage you to contact our office if you would like to receive an estimate so you have an idea as to how much you might be eligible to collect given a successful outcome is reached in your case.

For some victims, an amputation might only affect the way they feel about their physical appearance and limit their physical abilities, but for others, an amputation could ultimately change their entire lives. And this is something that can dramatically impact how much you should seek from the liable party. For example, consider this incident involving Miami Dolphins player Kendrick Norton.

Norton was first picked up by the Carolina Panthers in the seventh round of the NFL draft in 2018, reports Time, and was later traded to the Dolphins. Sadly, the 22-year-old was recently involved in a tragic car wreck in FL that resulted in him having to have his left arm amputated. The source said that the player also suffered multiple injuries after his truck hit a concrete barrier which then led to the vehicle overturning.

The source said that officials didn’t yet identify what caused Norton’s truck to collide with the barrier but that another vehicle was involved in the wreck. The driver of that vehicle did not suffer any injuries. While this incident will definitely result in Norton having to spend some time off the field while he recovers, it is still uncertain as to whether he will ever be able to get back in the game. Although there are individuals who have managed to overcome these types of hurdles, many whose career relied on their physical abilities such as playing football often have to find something else that is more practical for them to do.

Did the wreck you were involved in have a significant impact on your life?

While WebMD suggests that an amputation wound should only take about four to eight weeks to heal, it can have a dramatic effect on you physically and emotionally and can take some time for you to recover from. Some of the things an individual can expect to have to do after losing a limb in a car crash include:

Losing a limb is extremely traumatic and can be difficult for many to accept. But having access to medical treatment, medical devices, etc. can make adjusting to your new lifestyle a little easier to handle. Therefore, if you would like to discuss your case with a caring and dedicated car crash lawyer in Nashville, TN who will help you recover the funds you need to afford this and more, we encourage you to give us a call at 615-251-0005.